The S.S Meldon is a 1572t 330ft, steel steamship launched in 1902 which now lies close to the coast of Loch Buie on the south coast of the Isle of Mull. A stunning wreck site and one of our favourite wreck sites to visit. 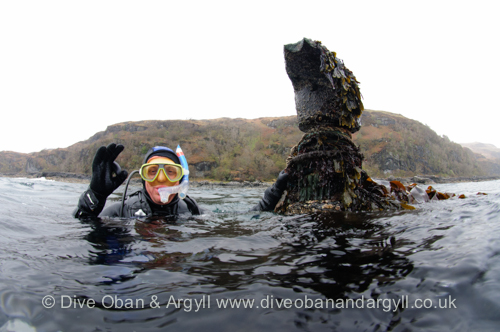 Wayne (from NZ) about to descend next to the stern post

The ship was owned by the Dawson Steamship Co and was carrying coal from Penarth in Wales when she struck a mine field which had been laid by U-78 off the Garvellachs. The captain made a run for Loch Buie and ran her aground of the western shore of the loch before the ship sank. 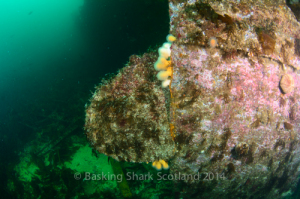 Rudder jammed on the prop of the SS Meldon

The interesting thing about the wreck today is that the wreck lies with the stern lies closest to the shore. You would have thought that if the ship had been run aground she would have been driven bow first onto the rocks. One other observation is that her rudder is hard to port and is fouled on the propellor blade. Again as the ship was ran aground, you’d think the Captain would have had the ship running straight for shore. Perhaps the rudder have moved after the grounding? However how did the ship end up facing the other direction!???? One suggestion could be that if the ship had hit the mine near the bow, in order to avoid the ship taking on water if damaged, the Captain could have taken the Meldon astern towards shore. This action would have reduced the water flow at the point of damage. Then as the ship rammed ashore, the rudder could have been forced to the side. 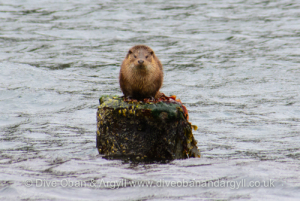 The wreck is also unique in the fact that it is so depth accessible and has consistently good visibility with an average being at least 10m. With a max depth of around 15m she can be enjoyed by younger divers and seasoned wreckies alike. Situated off the beaten track the wreck is a flourishing artificial reef and fish life is notably abundant here, especially large Pollack which patrol the wreck site. Another great aspect of the wreck is that at low water it breaks the surface meaning it’s an easy entry depth and also a great site for snorkellers too. With the abundance of fish life, large wildlife also frequent the site. An otter seems to be resident along the coast and has even been seen fishing on the wreck, spotted one day marking it’s territory by sitting in protest on the stern post! Probably one of the cutest animal/shipwreck combinations we’ve ever seen – especially since it’s puffed itself up after getting out the water! 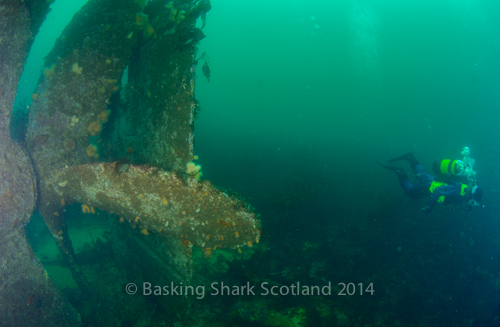 Looking sternward, a diver swims toward the port side with the prop clearly fouled with the rudder hard over 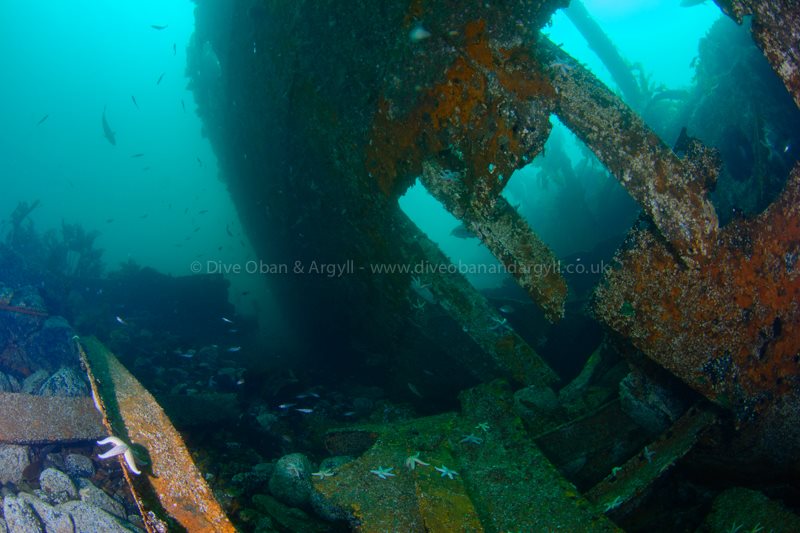 Hull Plate missing on the port side of the ship 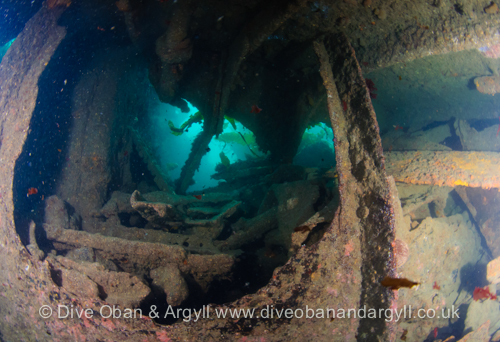 Swimthrough on the SS Meldon 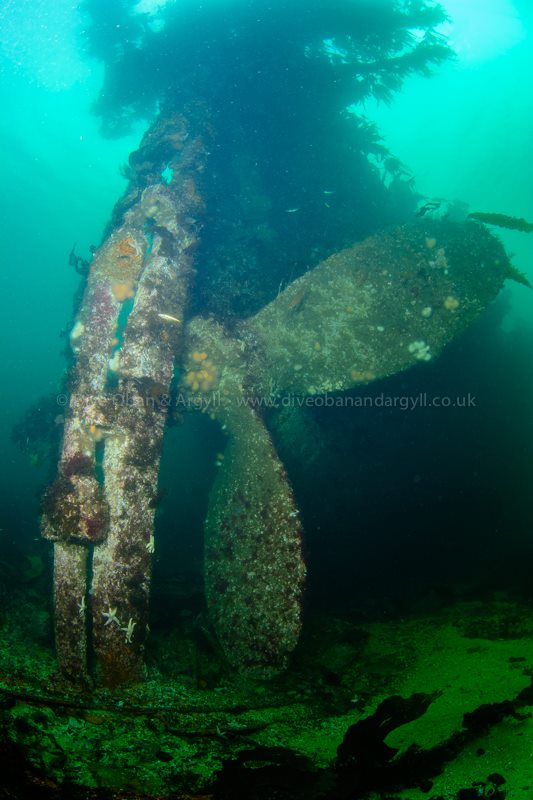 Props seen from the starboard side on the SS Meldon