We can organise expedition style diving around Argyll and the Hebridean Isles. Diving is shore based so you have plenty of comforts ashore with the speed of our Cearban as your dive vessel. We can take our 4WD, compressor and kit via ferry to the islands, meaning direct access to offshore dive sites.

We find 8 is much more manageable number for expedition style trip and while adds cost per head makes everything run much smoother.

See below for an example itinerary and contact us for group bookings. 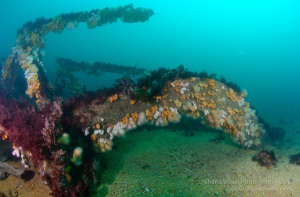 One of the most famous dives on the west coast. Usually most divers ask to dive this wreck given its reputation but usually they are turned away from other day boats due to the distance. We usually plan to dive this twice as it’s so popular! The broken remains are between 18-25m at the bottom of a reef wall. There are numerous swim throughs and much of the structure is covered in soft corals. The visibility is normally stunning (see picture left).

A shallow wreck to the north of the island. Her wrecking has a very interesting story with the amount of cargo that came ashore (and wasn’t seen again). Excise officers were sent to police the recovery of the cargo and the tale of what was recovered has become local folklore! Her remains are sandwiched against the reef, and although generally shallow <15m, there is a substantial amount of structure to be explored. It;s a very scenic site. 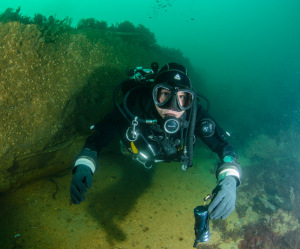 A large wreck and a near 14,000 tonne Cunard liner, converted to a troop ship.She was under tow for repair when caught in a gale and driven ashore by the weather. Her remains are dispersed all over the reef with the high points being the boilers. Usually quite a fishy dive and decent visibility. Can be strong currents here so only dived at certain states.

A small wreck of  ~1500t Danish steamer that caught fire and went ashore on Coll. Again a shallow site around 6-18m and lot’s of marine life, the boilers are the largest items to be found on the dive and an easy site for a second dive usually. 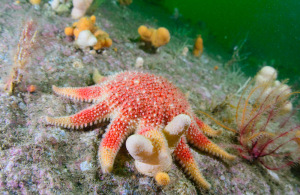 Follow Dorothy down to the yellow brick road!!! This site is known for it’s soft coral cover and extensive invertebrates. The wall and reef leads down to around 20-25m and it usually leads to a small drift. There are chances of seals here and also a nice swim through.

An easy dive we usually leave till the final morning. A small wall to around 15m then leads to a boulder reef. The bottom is white sand and there is usually a lot of fish life and many nudibranchs. Gentle, cruisey dive before packing up for home! 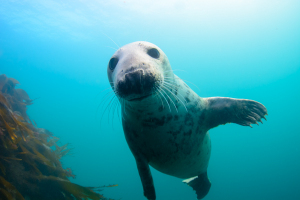 During September in the run up to the breeding season the Grey Seals are particularly playful. We can dedicate dives to interacting with them, however there are dives where the seals will come and join you anyway. Combined with our Hebridean visibility this is a great experience! 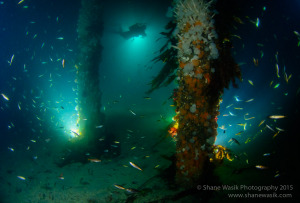 On the evening with the best weather we can take you for an incredible night dive on the pier. As you will know, a lot of marine life is nocturnal and night dives focus your attention on a lot of the smaller life. The pier is covered in invertebrates along with lots of fish, which makes for easy, shallow diving. There may be an option to do a floodlight night dive, one of our new experiences. Click here for video. 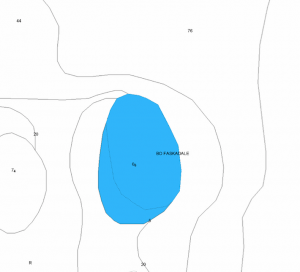 In 2015 we managed to get onto Bo Fascadale in a decent swell which was exciting with reports of surge even at 40m and superb viz. There are possibilities to look at an offshore day to reach these remote areas. The stunning pinnacles of Bo Fascalade, Oberon/Maxwell Bank or even Hyskier could be on the list! These sites would be weather dependant and are up to 1hr away from base, however they are some of the most stunning in West Scotland.

This area is well known as a marine wildlife hotspot and is an area we travel to for our wildlife tours. This is near the end of the main wildlife season, but there are still good chances of whales, dolphins, porpoise, sunfish, basking sharks and even turtles (leatherback spotted in summer 2015! 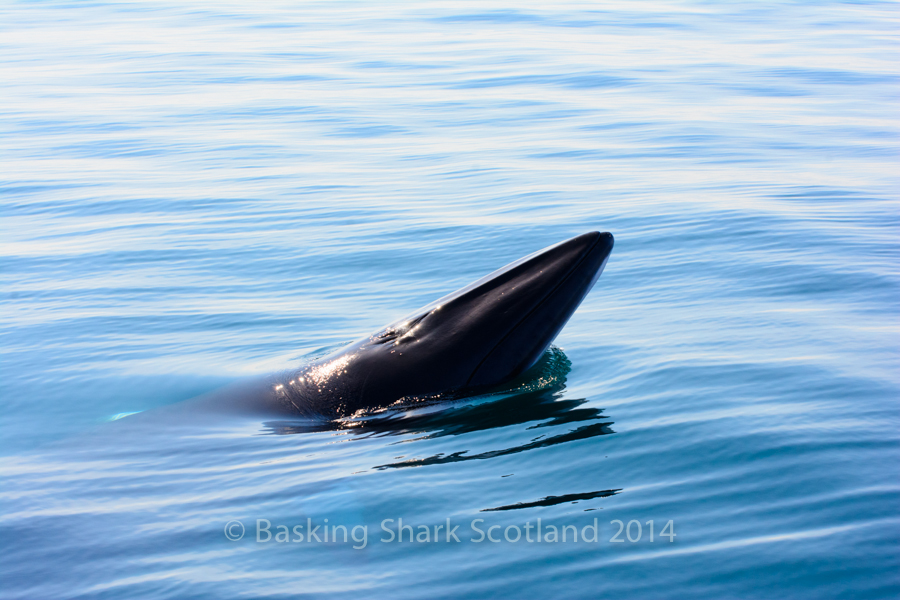