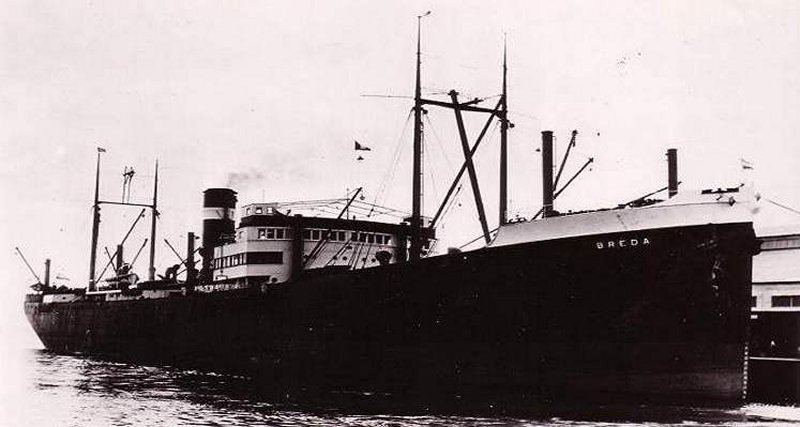 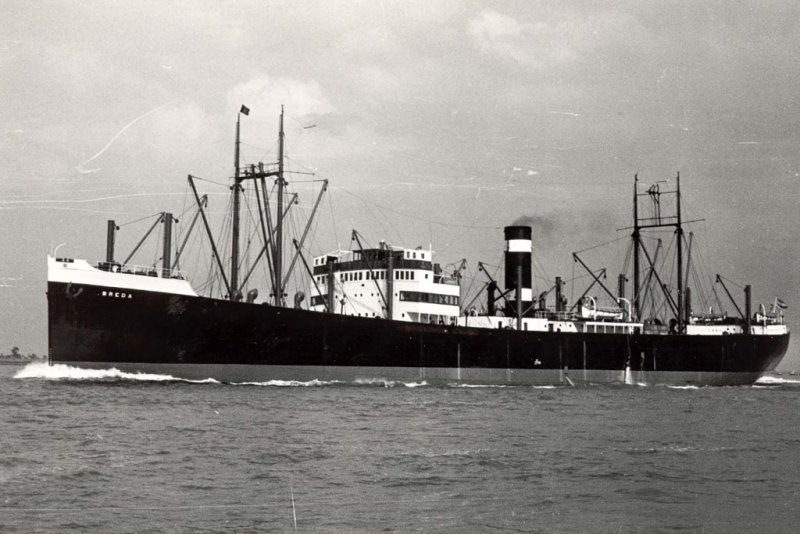 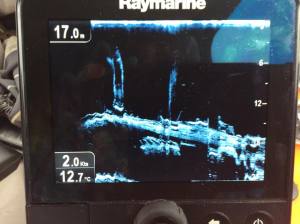 Divers on the Breda from ‘Cearban’s sounder

The famous wreck site of the S.S Breda sits on our doorstep, around a mile and a half from our berth at the marina! This wreck is one the largest and most intact coastal wrecks in the whole of Scotland! The surrounding hills and archipelago of islands affords it natural shelter and protection for divers. Sitting upright, her depth ranges from around 11m to around 30m depending on the state of the tide making her suitable for all divers. There are easy dives along the flat deck to around 15m ranging to the seabed stern and penetration dives for experienced divers. Noted for fish life, there are always pollock and wrasse in good numbers with all the surfaces covered in tunicates, soft corals and anemones. For those with a good eye, nudibranchs are almost always present, making for a colourful photography subject.

Given the size of the wreck, a number of dives are required to fully explore the site. It’s recommended that an orientation of a round the deck dive is carried out first, then venture out from there. Although the deck can be circumnavigated on a single cylinder by experienced divers, progressive exploration is recommend. 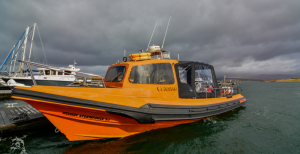 Based at Dunstaffnage marina, in our 490hp cabin RIB ‘Cearban’ we reach the wreck in around 10min meaning a short journey time to the dive site. For multiple dives we return to the marina during the surface interval so divers can relax, use the toilet facilities, visit the cafe along with changing tanks.

Diving groups can charter us to dive the Breda, working out at £35 per diver per day on a full boat. Alternatively during summer evenings we run a shuttle to the wreck for £20/diver. Contact us here for more information or submit a booking here.

The Breda was a 5 hold cargo steamship of 6941 GRT and 402 feet long,  built in 1921 by the New Waterway Shipbuilding Co at Schiedam. She has a single screw and power by turbines, with four boilers producing the steam. After the invasion of the netherlands during WW2, she escaped to Britain and taken over by P&O lines. At this time she was armed with a single 4.7″ (120mm) gun and used in convoys as she had considerable hold space and could take nearly 90 passengers.

On 23rd Dec 1940 and He-111 bomber straddled her with bombs near the Oban roads, where she was part of a waiting convoy bound for India. None of the bombs score a direct hit however the force of the explosion ruptured pipes and seams so she started taking on water. She was towed for Ardmucknish Bay and beached, the passengers and crew all came off and later in a storm she slipped off the shelf to where she remains today. In 1943, salvage started of her cargo and her masts were visible at low-water until she was wire swept in 1961. During this process her the goal post masts, and superstructure was removed, a lot of this can be seen on the surrounding seabed.

Her cargo was interesting, a real mixture of everything from bags of cement to aircraft parts and even horses. The engine rooms, propellors and bow areas have been salvages, along with numerous items by salvage (and amateur) divers over the years. 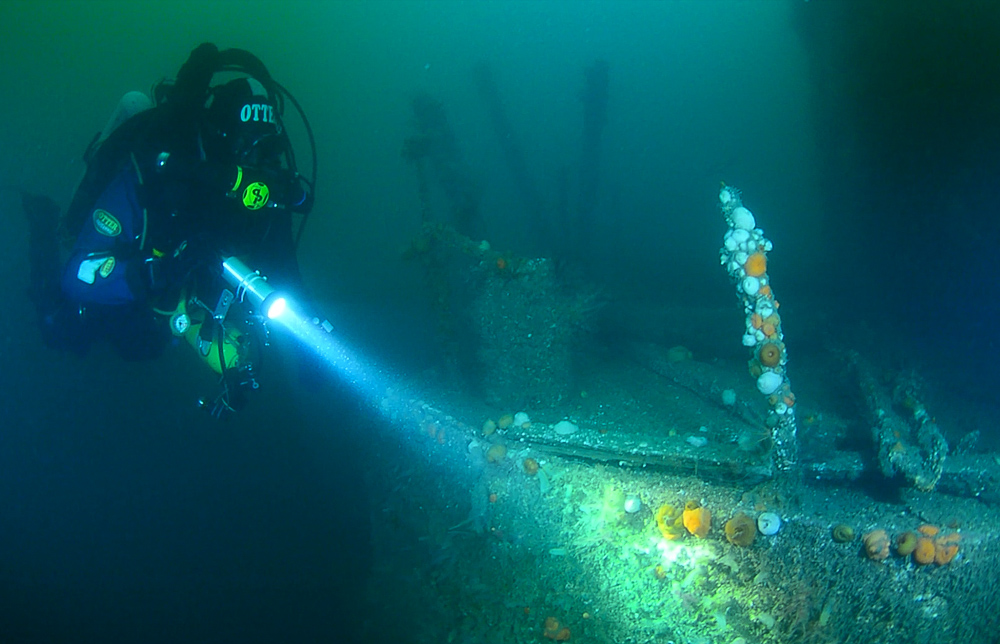 Diver on the stern of the S.S Breda 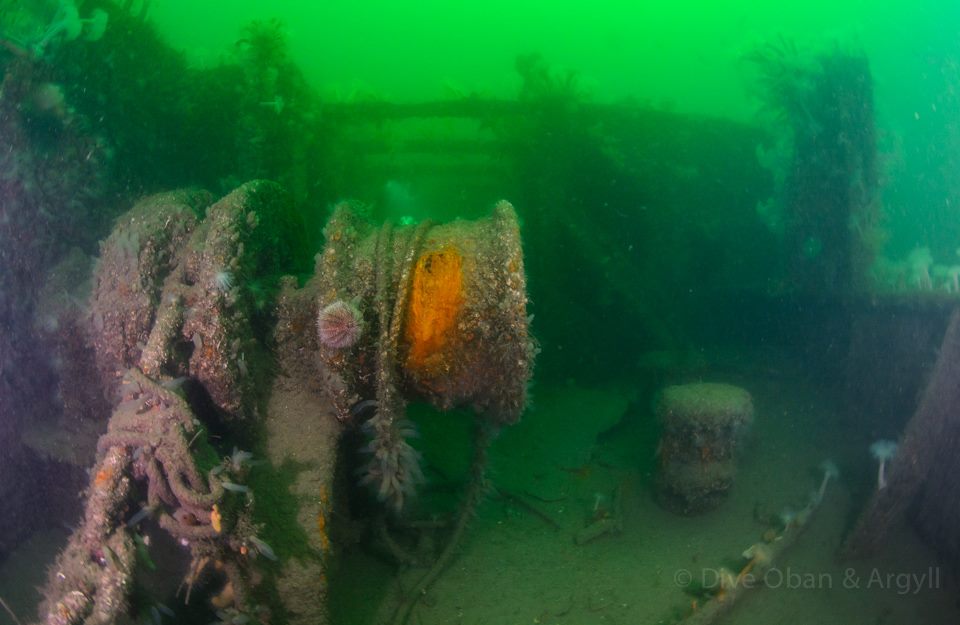 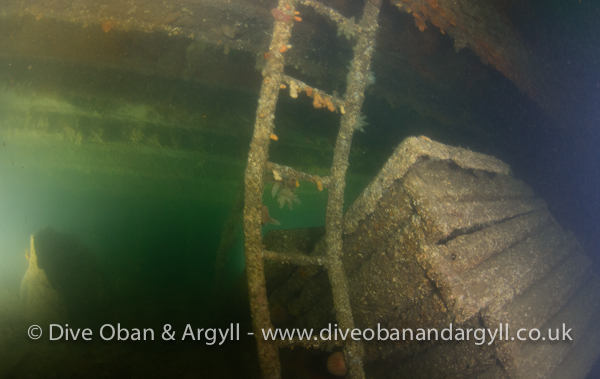 Inside the holds of the Breda